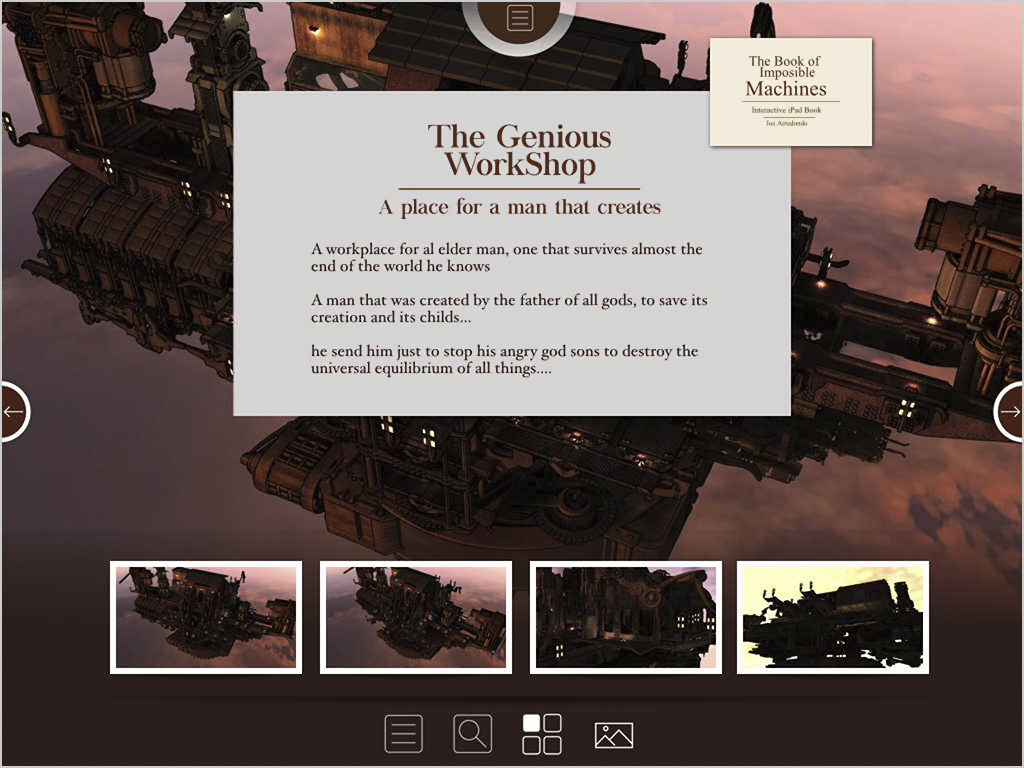 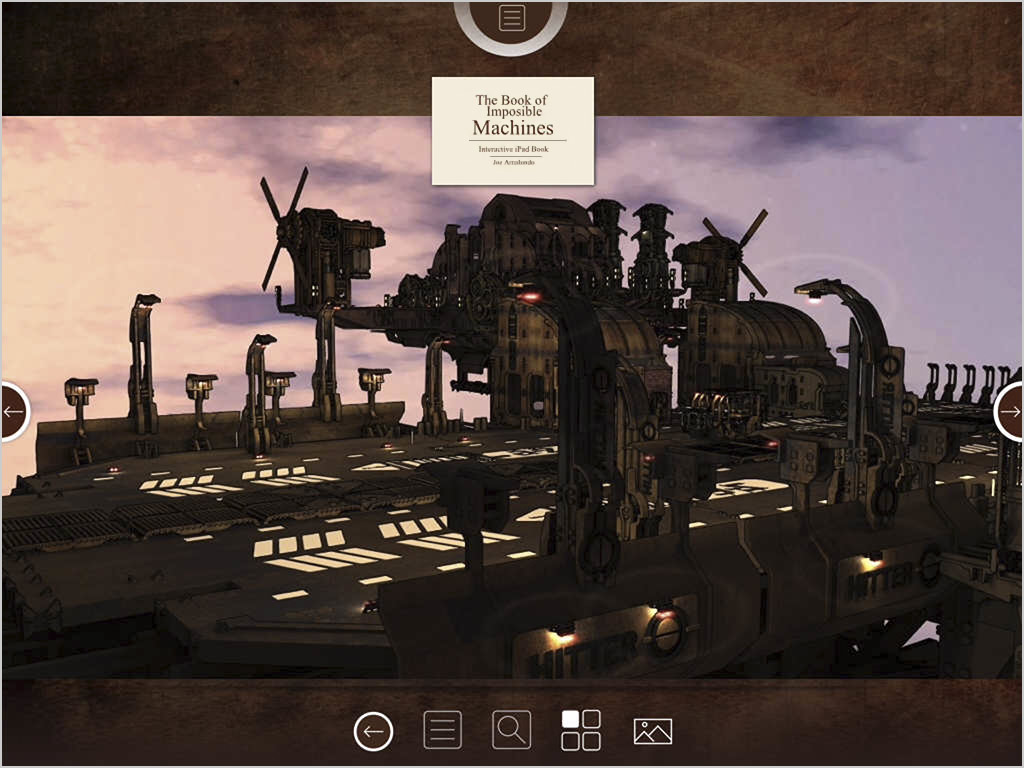 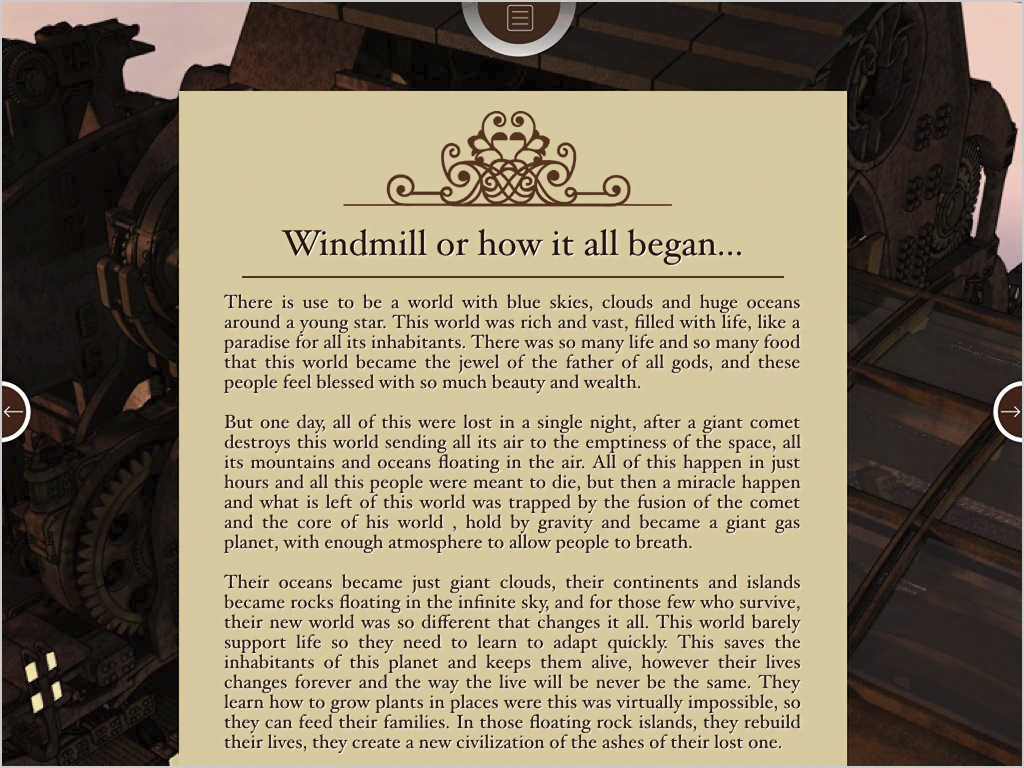 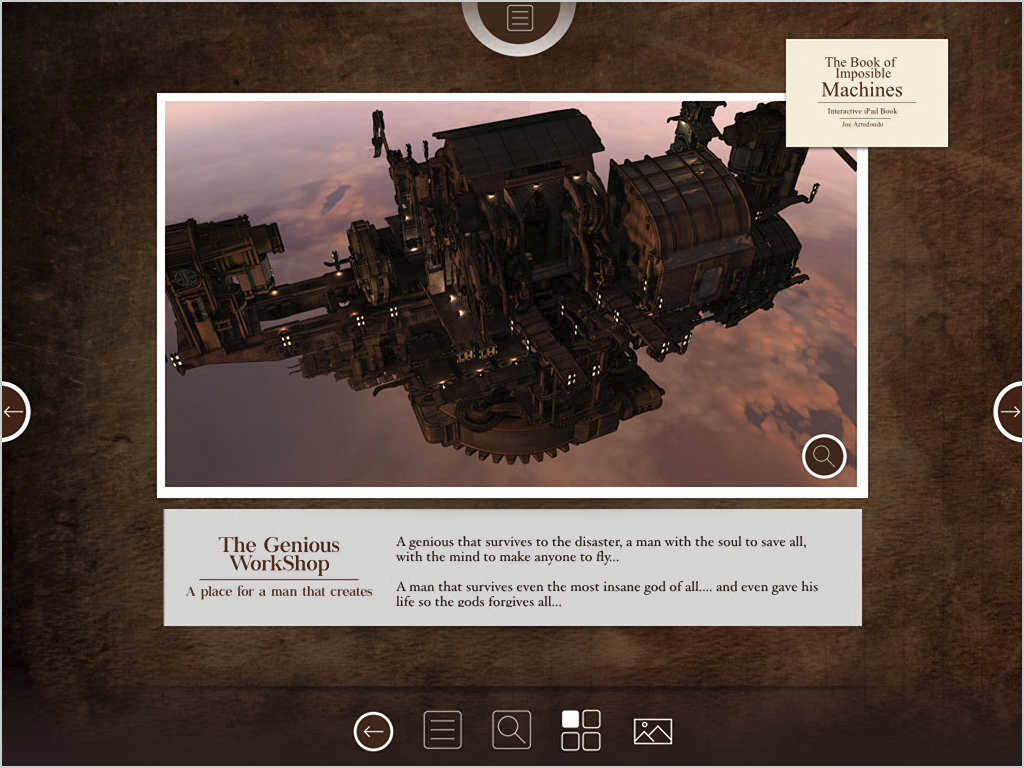 The Book of Impossible Machines is an interacive iPad/iPhone book, fully loaded with 3D objects that can be rotated to reveal its full dimensión, this book is part of the Impossible Machines series, with beautifully rendered graphics all with that steampunk flavor we love.

This version includes just one Book instead of all in the series, if you want it, you must buy the full version: Impossible Machines also available in the App Store. We include the Windmill Zeppelin Book from the series, so you can now enjoy this book for a low price.
There is use to be a world with blue skies, clouds and huge oceans around a young star. This world was rich and vast, filled with life, like a paradise for all its inhabitants. There was so many life and so many food that this world became the jewel of the father of all gods, and these people feel blessed with so much beauty and wealth.But one day, all of this were lost in a single night, after a giant comet destroys this world sending all its air to the emptiness of the space, all its mountains and oceans floating in the air.