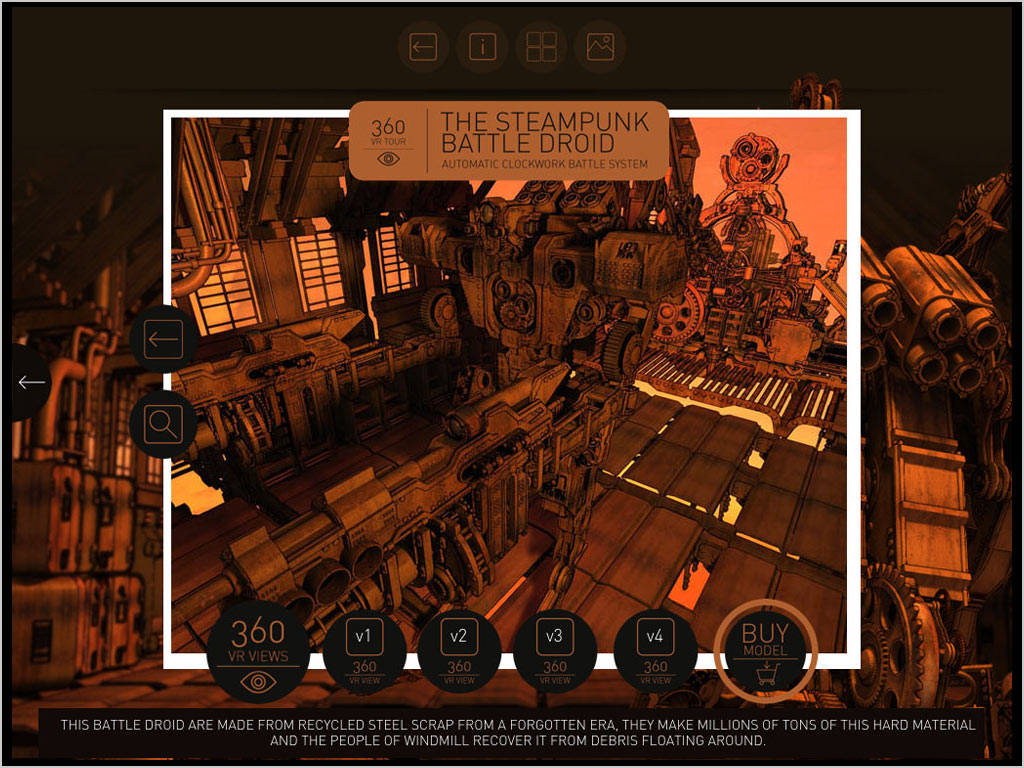 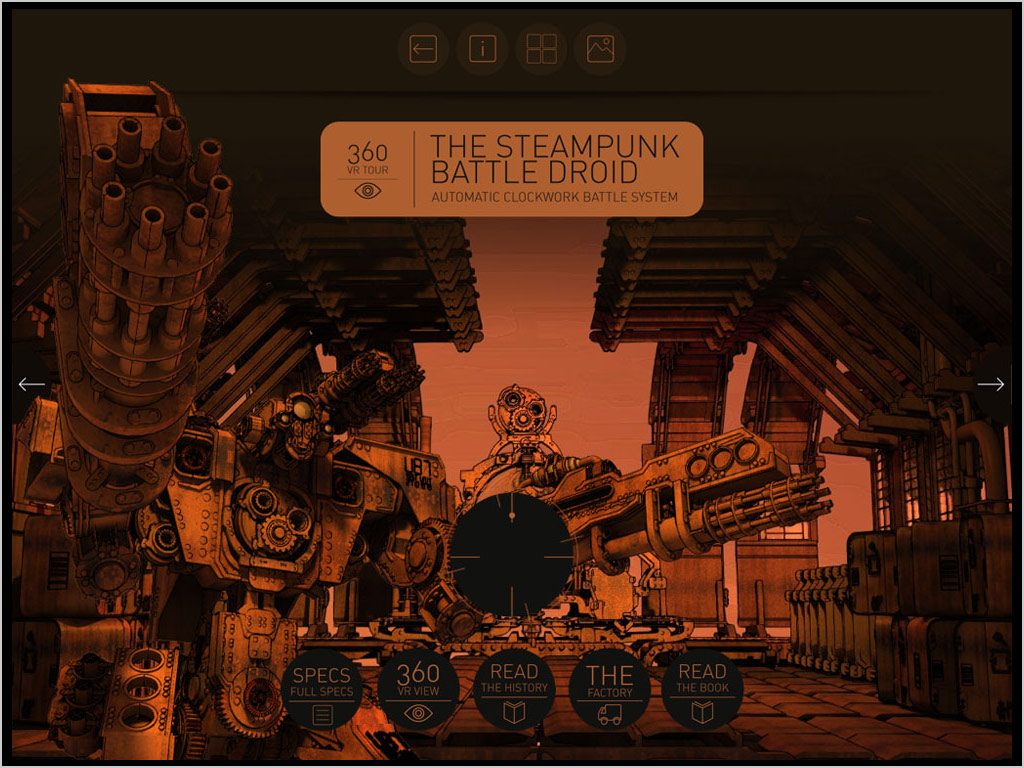 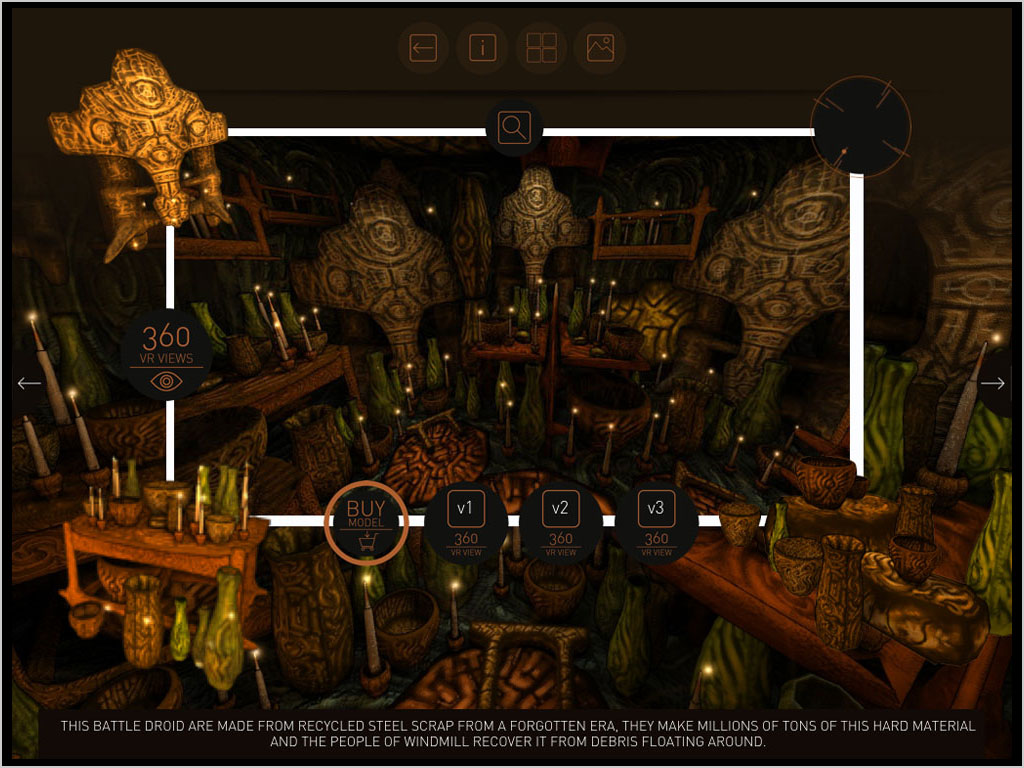 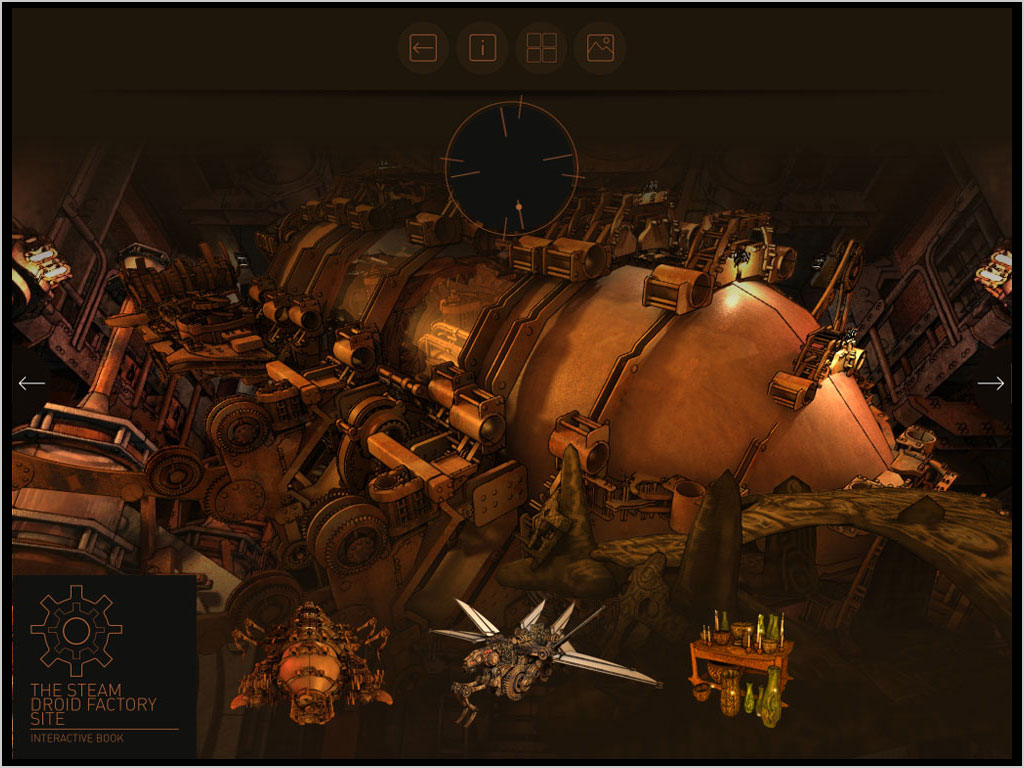 The Book of Impossible Machines is an interacive iPad/iPhone book, fully loaded with 3D objects that can be rotated to reveal its full dimension.

There is use to be a world with blue skies, clouds and huge oceans around a young star. This world was rich and vast, filled with life, like a paradise for all its inhabitants. There was so many life and so many food that this world became the jewel of the father of all gods, and these people feel blessed with so much beauty and wealth.But one day, all of this were lost in a single night, after a giant comet destroys this world sending all its air to the emptiness of the space, all its mountains and oceans floating in the air.All of this happen in just hours and all this people were meant to die, but then a miracle happen and what is left of this world was trapped by the fusion of the comet and the core of his world , hold by gravity and became a giant gas planet, with enough atmosphere to allow people to breath.Their oceans became just giant clouds, their continents and islands became rocks floating in the infinite sky, and for those few who survive, their new world was so different that changes it all. This world barely support life so they need to learn to adapt quickly.This saves the inhabitants of this planet and keeps them alive, however their lives changes forever and the way the live will be never be the same. They learn how to grow plants in places were this was virtually impossible, so they can feed their families.