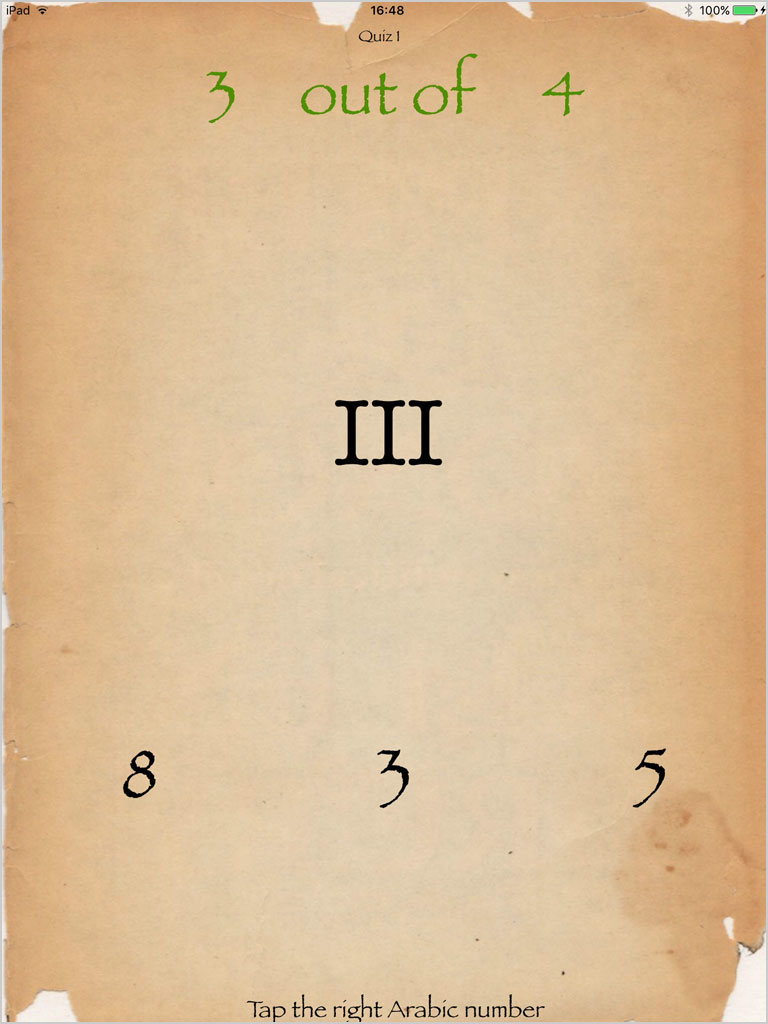 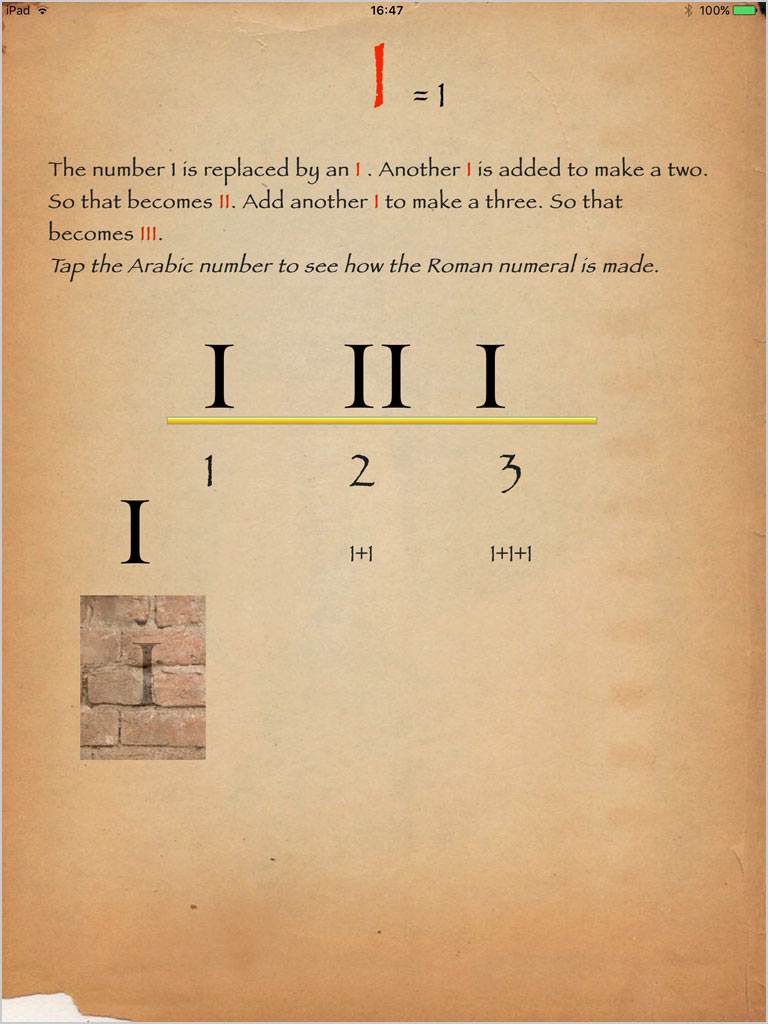 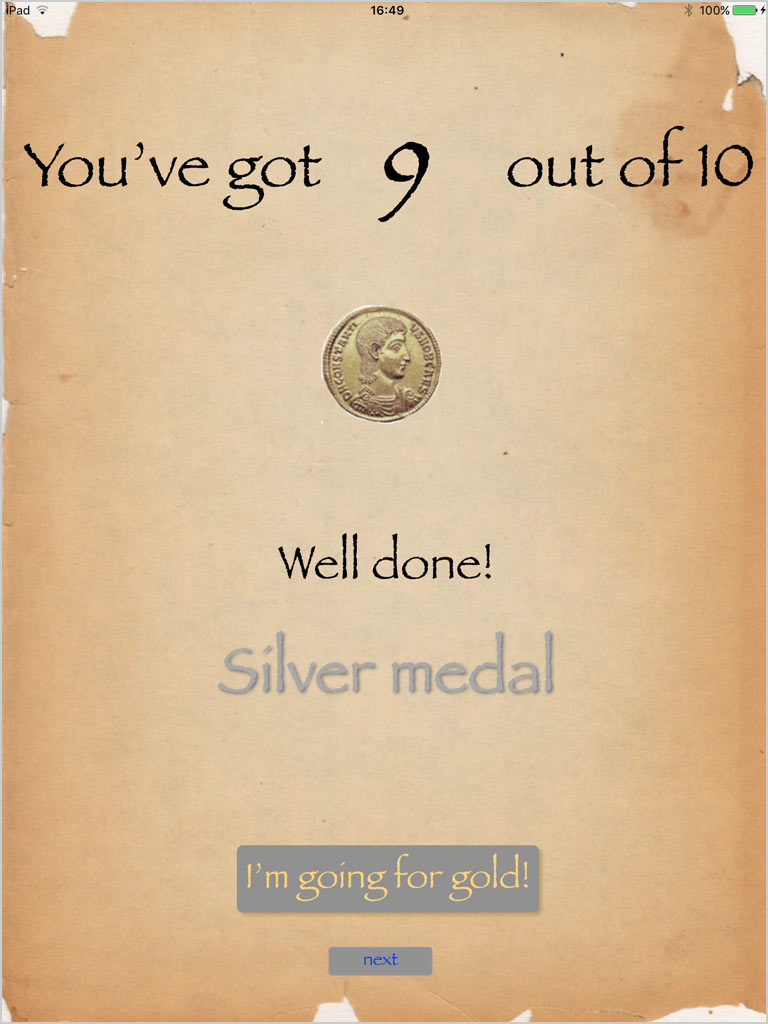 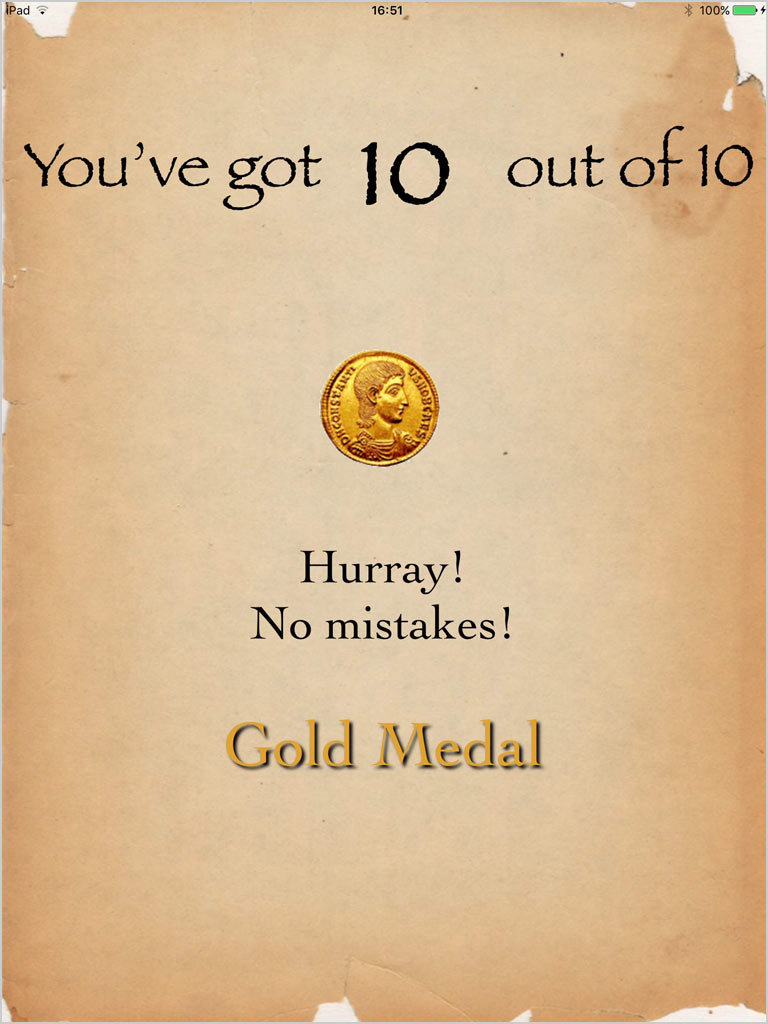 The numerals you learn in school are Arabic numerals. You learn them from one to ten or from zero to nine. That means there are ten numerals. Roman numerals are in fact letters of the alphabet. The Romans used seven of them. The I, V, X, L, C, D and the M.
Every number they needed could be made with these lettters. They didn’t know the number zero and any number higher than 4000 was seldom used. Also, they didn’t use more than three of the same letters in a row. Through this app you will learn how to convert Roman numerals into Arabic numerals. And the other way around.